On a chronological journey we visit the most important archaeological sites from the north of San Pedro down to Peine, the most southern oasis of the Salt Flat. We get to know the history of the indigenous people called Atacameños from their first settlements, the beginnings of agriculture, the influence of the Incas until the arrival of the Spaniards. Our guides will complement the narratives and facilitate a local interpretation and evaluation of the events.

Our first destination is the prehistoric Tulor hamlet – a valuable relict of the first settlements of farmers belonging to the San Pedro de Atacama culture (800 B.C. – 500 AD) who settled in the area where the San Pedro River flows into the Salt Flat basin, a few kilometres south of the homonymous village. The hamlet is an architectural unit which is composed of circular enclosures made of adobe that are linked between each other. It has been covered by sand and today lies 1,2 meters beneath the surface. Only a small part has been excavated, but there is a reproduction of a few rooms and a storage space which can be visited. The site is administrated by the indigenous community of Coyo.

Our next encounter with the atacameñan history takes us north of San Pedro de Atacama, to a steep mountainside in the valley of the San Pedro River, surrounded by endemic vegetation and cultivated lands. There, in the 12th century, the fortress of Quitor was built as a way of defence against bordering nations. Since it had to accommodate around 400 people, the Pukará comprised over 160 rooms connected by squares, narrow corridors and storages spaces.

During the Spanish conquest, under the command of Francisco de Aguirre the “Site of the Headless” was carried out – decapitating the Likan Antai leaders to prove the power of the invadors.

In 1981, restauration works of this National Monument started and were resumed in 1992.

The Pukará de Quitor is administrated by the indigenous community of Quitor.

Toconao and its gardens

At lunchtime we get to Toconao, an indigenous village 38kms from San Pedro de Atacama towards the Atacama Salt Flat whose inhabitants work mainly in agriculture, stone cutting, the manufacture of handcrafts made of pumice stone and in mines located in the salt flat.

Very characteristic are also the gardens of Toconao where a great variety of vegetables and fruit are cultivated. The administration of water through multiple irrigation canals makes Toconao a real orchard in the middle of the arid conditions that characterize the region.

Before we have lunch is a typical restaurant with Chilean cuisine we visit these gardens, walk between them through narrow labyrinth-like alleyways, and marvel at the diversity of pear, apple, orange, lemon and other trees that are cultivated there. The visit to one of the garden plots with a local guide gives us the opportunity to learn more about the traditional agriculture and to taste local products – amongst them the famous altitude wine:

It originated from a unique sort of grape vine that was introduced back in 1960. The production is very limited and used mostly for traditional local fairs and the local village inhabitants.  A few years ago, 5 families of local wine producers banded together and created ´Ayllu wine´, with a bigger production marketed today as “highland wine”.

After lunch we continue our way south, in order to get to the most southern oasis of the Salt Flat: Peine. Situated between two canyons, the area is characterized by algarrobo, chañar and fruit trees. Formerly, the Inca road system passed through here and later Diego de Almagro and Pedro de Valdivia – as well as illustrious miners and explorers.

During the ruling of the Incas, the Ruins of Old Peine were one of the most important tambos (“inn”) along the Inca road system. Between the ruins stands out the Mission Chapel (constructed at the end of the 16th century), being one of the first buildings declared a National Monument in Chile.

We start our journey “from the ancestors” at the oldest archaeological site of the Salt Flat basin: The first  atacameñan settlement founded around 900 B.C..
3

This old fortress is the perfect place to learn about the happenings related to the arrival of the Spaniards. Its strategic position on the accessible side of a cliff in the canyon of the San Pedro River also brings about an impressive view over the San Pedro oasis, the valley of the homonymous river and the Andean mountain range.
4

Before having lunch in one of the typical restaurants of Toconao we stroll through the beautiful gardens of this quiet village. In a conversation about ancestral agriculture and a tasting of typical products we get to know the essence of Toconao.
5

In the most southern oasis of the Salt Flat, a local guide accompanies us to Peine´s archaeological sites: petroglyphs and prehispanic ruins.
6 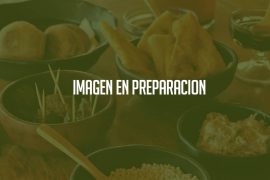 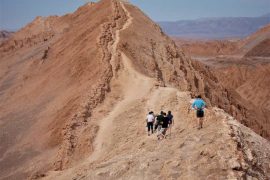 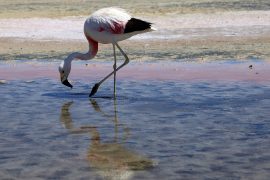